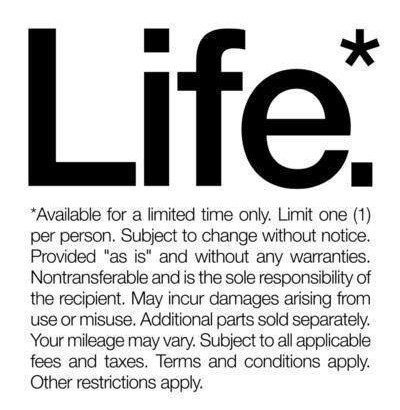 Thanks to Pat Conover for distributing this.

Sam Harris is a philosophy professor.  Here he criticizes Israel a little, but claims that Hamas and its allies are worse.

In this excerpt, he comes close to my feelings about Israel.

“I don’t think Israel should exist as a Jewish state. I think it is obscene, irrational and unjustifiable to have a state organized around a religion. So I don’t celebrate the idea that there’s a Jewish homeland in the Middle East. I certainly don’t support any Jewish claims to real estate based on the Bible. “

“Though I just said that I don’t think Israel should exist as a Jewish state, the justification for such a state is rather easy to find. We need look no further than the fact that the rest of the world has shown itself eager to murder the Jews at almost every opportunity. So, if there were going to be a state organized around protecting members of a single religion, it certainly should be a Jewish state. …… I think the idea of a religious state is ultimately untenable.  It is worth observing, however, that Israel isn’t “Jewish” in the sense that Saudi Arabia and Pakistan are “Muslim.” As my friend Jerry Coyne points out, Israel is actually less religious than the U.S., and it guarantees freedom of religion to its citizens. Israel is not a theocracy, and one could easily argue that its Jewish identity is more cultural than religious. However, if we ask why the Jews wouldn’t move to British Columbia if offered a home there, we can see the role that religion still plays in their thinking.“

On antiwar.com Lucy Steigerwald writes We Should Care More About ‘Our’ Wars

She concludes:
“Is it any wonder that after 115 years of empire, the people trying desperately to go cold turkey off that drug sometimes sound like they’re going easy on everyone except the bad guys at home? The bad guys at home are acting in our name. The patriotic scolds ask why anti-interventionists obsess over America (or Israel) and not boogeymen like Assad or Putin. Because our standards – or noble little Israel the democracy’s – were supposed to be higher than theocracies’, or oligarchies’, or dictatorships’. Because dead innocent people has no excuse – certainly not good intentions, or relative freedom for our own people. And because we should stop the imperialists, and the international cowboys, and the child-killers, but we don’t. We just watch the missiles we bought hit their targets on CNN.”

In a recent Washington Times commentary, Jeffrey Miron, spells out  the consistency of the libertarian approach. Click here cato publications to view the article.

Sadly, but realistically, Miron ends his article with:

“….libertarians can (not) yet win national office, but they can push conservatives and liberals toward more consistent views. Libertarian-leaning liberals can nudge Democrats to support cuts in entitlements so these programs do not bankrupt the country. Libertarian-leaning conservatives can push Republicans to support marijuana legalization, expanded immigration or homosexual marriage out of genuine respect for individual liberty. The combination could create a “libertarian-middle” that all politicians would have to accommodate.”

In a recent blog Jacob Hornberger provides the solution advocated by many libertarians to the Big Money in Politics Problem.  http://fff.org/2014/07/22/the-libertarian-solution-to-campaign-finance-corruption/

Any suggestions on how we get from where we are now to where we ought to be?

Who Wants a Depression

Jason Brennan posted a bleg Where are the “Market Suck” Libertarians?  Here is my response.

We have all heard the quip from Winston Churchill “It has been said that democracy is the worst form of government except all the others that have been tried.”   click for reference

In a similar vein it could be said “Free Markets suck, but all other economic systems tried suck worst”.

As a young child, when I wanted something I would ask my mother. She would either give it to me, or say “no”, or sometimes she would say “maybe later”. Sometimes I would persist, and sometimes she would give in, but usually not. When I did not get what I wanted, although I might be temporarily unhappy, I knew that she had my best interests at heart, and that if she said no, I really didn’t need it. It was a good system. I would just ask, never had to give up anything (value for value) , and always got what I really needed.

Those who don’t like market systems, probably had the same experience, but they haven’t grown up, and pine for a system that worked like what we had as children.

Those who claim that because other people are alive, that puts obligations on us, or don’t like the choices other people make, typically advocate immoral systems because to them – the ends justify the means.

As an exercise, I tried to turn the topic around:

This is not hard to understand. Libertarians come into a world full of national governments that present themselves as providers of a social safety net, guarantors of products and services, protectors of workers, defenders of the national borders, and dispensers of benefits to an assortment of deserving groups (farmers, exporters, too-big-to-fail banks, low-income people, and so on), but rarely ever delivery on their promises.

So for libertarians, the waste and corruption of the state is a natural, ever-present part of the landscape. This is reinforced through their “self-education” in economics, history, and political science. Few ever see the necessity, much less wonder about all the benefits that a larger more powerful government could do for them.  Some libertarians may think that some government programs work okay in this matter or that, but the benefits of expansion of the social-service state itself never comes under examination.

So how can ordinary people speak to these libertarians in a way they will understand? How do we get them to question deeply held beliefs that they articulate all the time? My basic advice is to continue doing what governments always do – make them do what we want. This may be distasteful, but there is no need to persuade libertarians. The government has the power, and can force them to do what we want. So when you talk to libertarians get them to understand that having a government means you don’t have to convince someone you are right, just make them understand you have the power to make them do what you want them to do.

Restricting immigration is a form of rationing. When a situation becomes too big for government planners to figure out how they will get the taxpayers to foot the bill, the leaders and others call for rationing and other forms of restricting freedom rather than looking for freed market solutions.

Christopher Freiman dismisses the argument that we cannot have open borders because of the welfare system.  See
There’s No Such Thing as a Closed-Borders Libertarian

Consider laws restricting people’s ability to consume drugs and sugary beverages, gamble their savings on professional sports, ride motorcycles without helmets. A major argument made on behalf of supporting these laws is that they prevent an increase in the consumption of state-provided benefits.]

Contrary to current wisdom, up to a point, the more people a country has the better. Free people (especially younger people) are resources. They produce more than they consume, and add vitality to an area. See for example Article about The Ultimate Resource

Opening our borders to all peaceful and honest people who wish to reside here is the humane way to go. Lets set an example for all the world to follow.

History has proven that all the warnings by earlier generations against Irish, Italian and eastern European immigrants were wrong. There is no reason to believe that the current concerns about South American immigrants will result in serious problems.